I’m not exaggerating. I just made a batch of real vanilla cupcakes. Most vanilla cupcake recipes and a lot of commercially available cupcakes as well, use vanilla essence in their recipes. Vanilla essence is exactly what it claims to be, not vanilla but the essence of vanilla. By in large it is chemicals combined to artificially create the scent of vanilla, thus tricking your taste buds into believing that what you’re tasting is also vanilla. Similar to what truffle oil does for food. Our society today is bursting with artificial flavorings. A person can go their entire lives without having tasted real vanilla. Vanilla beans are the fruits of an orchid and predominantly grow in Mexico, Tahiti and Madagascar. It’s the second most expensive spice after saffron.

There are very few places that seem to retail them in Antwerp. In fact after searching for days I found good quality Madagascar Vanilla Beans in just one store. Even there they were about to stop selling them so I bought 100 Euros worth, which really isn’t that many. I’m starting to regret that decision. Why are there three Vanilla’s in the title of my post? Because I infused the milk in my recipe with vanilla beans and their pods. I used homemade vanilla sugar and I threw in a generous helping of pure vanilla extract, not essence, extract. This resulted in cupcakes with a lingering taste of spicy, full bodied vanilla without an overpowering or artificial effect. 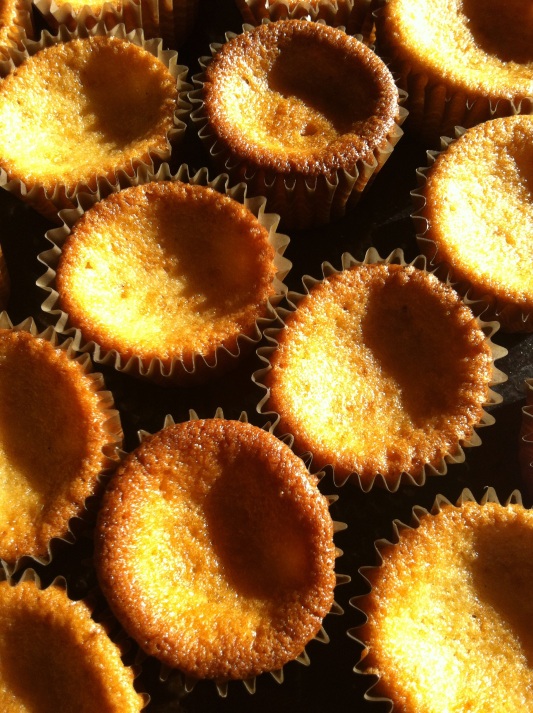 I still have to frost my latest batch and I will update the post once I have. It yielded a large amount of mini cupcakes so I’m going to try three different frostings. Until then here’s a picture from the last time I baked these for a friends birthday.

Here’s the update! These cupcake were served at a party so I decided to liven them up with bright colors and took the opportunity to try out some new frosting techniques. I will elaborate on the frosting in a future post.